When A Goat is Present 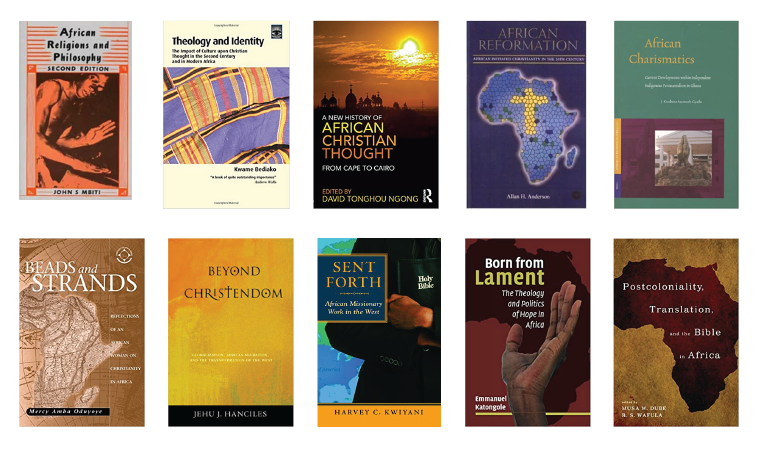 This episode of Moya Chronicles originally appeared here: When A Goat is Present – Africa Speaks by Africa Speaks

When a goat is present, one must not bleat in its place
(Malian Proverb)
The absence of writing from Africa has often been confused for ignorance. Knowledge is, however, not always found in writing just as age does not always equate with wisdom. Africa has a rich oral tradition, but oral history fades with time. While oral cultures are great for sharing wisdom about life, (e.g. through proverbs), they are not the best for recording history, says Harvey Kwiyani, a lecturer in African History and Theology. He is passionate about Africans writing theology in an accessible way, and Africa Speaks caught up with him for recommendations on books written about Africa by Africans. He tried to be as representative of the continent as possible, and below is a list of his recommendations.

First published in 1969, this book is still a go-to book for people interested in learning about African Christianity. Mbiti masterfully challenged the colonial belief that Africans did not have a religion or a philosophy. He would continue writing for the rest of his life that God was in Africa before the missionaries arrived, and the understanding of this reality paves way for the spread of the Christian message. His argument needs to be heard again today in this world of neocolonialism.

2. Theology and Identity: The Impact of Culture upon Christian Thought in the Second Century and in Modern Africa (Regnum Studies in Mission) by Kwame Bediako

Bediako helps us understand that Africans can be African and be Christian at the same time. He makes a theological and philosophical argument, making good use of historical studies of the early Church Fathers, that Christianity can be Africanised (just as it can be made to relate with other contexts in the world). This world needs African Christians.

3. A New History of African Christian Thought: From Cape to Cairo by David Tonghou Ngong (Editor)

A people without their history are always susceptible to being misled about their own identity. African Christians need to know the 2000-year long history of the faith in the continent. David Ngong takes us on a journey through this history, exploring the development of African Christian thought across the centuries. The chapters on early Christianity in North Africa will be helpful.

The explosion of Christianity in Africa in the years following the gaining of political independence in the 1960s is largely due to the slow ferment that happened in what was called African Independent Churches. They also led in the process of the Africanising of Christianity during the colonial era. Some of them have modernised and become mainstream Pentecostal denominations while others have continued in a traditional path. They continue to play a significant role.

6. Beads and Strands: Reflections of an African Woman on Christianity in Africa (Theology in Africa) by Mercy Amba Oduyoye

It is impossible to understand the growth of Christianity in Africa without attending to the female theological voices from the continent. On the one hand, women are always in majority in the African church, (we need to talk about why they are hardly seen in leadership though). On the other, there is a serious need for us to learn from the theology of African women reflecting on their experience of God. Any book by Prof Oduyoye will do and, by extension, the works of the Circle of Concerned African Women Theologians will be of great help.

7. Beyond Christendom: Globalization, African Migration and the Transformation of the West by Jehu Hanciles

African Christianity has become a worldwide phenomenon. For example, in London here in the UK, African Christians play a very significant role in keep Christianity alive and active. This is the case in almost every major city in Europe and North America. Jehu Hanciles will help readers understand the history of this development. He discusses the rising phenomenon of the African Christian diaspora and its potential to change the outlook of Christianity in the West.

8. Sent Forth: African Missionary Work in the West (American Society of Missiology) by Harvey C. Kwiyani

The diasporisation of African Christianity makes necessary a theological/missiological reflection. This book seeks to answer the question, “how will African Christians in the diaspora begin to understand their own missiology and shape their missional engagement with the West?” It calls for African Christians to take mission seriously, suggesting that the missionary movement of the second half of the 21st century will be influenced by what God is doing in Africa today.

9. Born from Lament by Emmanuel Katongole

Christianity has taken root in Africa in the decades following the continent’s political decolonisation–a time that has been characterised by political and economic instability. Katongole reflects with us on a political theology that seeks to restore hope to a downhearted and oppressed people. He helps us make sense of the peace that Jesus brings while also encouraging us to engage prophetically the unjust systems that seek to continue oppressing us.

10. Postcoloniality, Translation, and the Bible in Africa by Musa W Dube and R. S. Wafula.

The Bible is at the heart of African Christianity. Yet, it has also been used to enslave, colonise, and oppress Africans before. In the 21st century, African Christians need to engage the Bible with postcolonial eyes to see what it is that God truly speaks to them. This edited collection of essays will be a good place to start.
How many of them will you read within 2022?
Tags:African ChristianityAfrican diasporaAfrican LiteratureAfrican MissiologyAfrican philosophyAfrican scholarsAfrican theologybooks