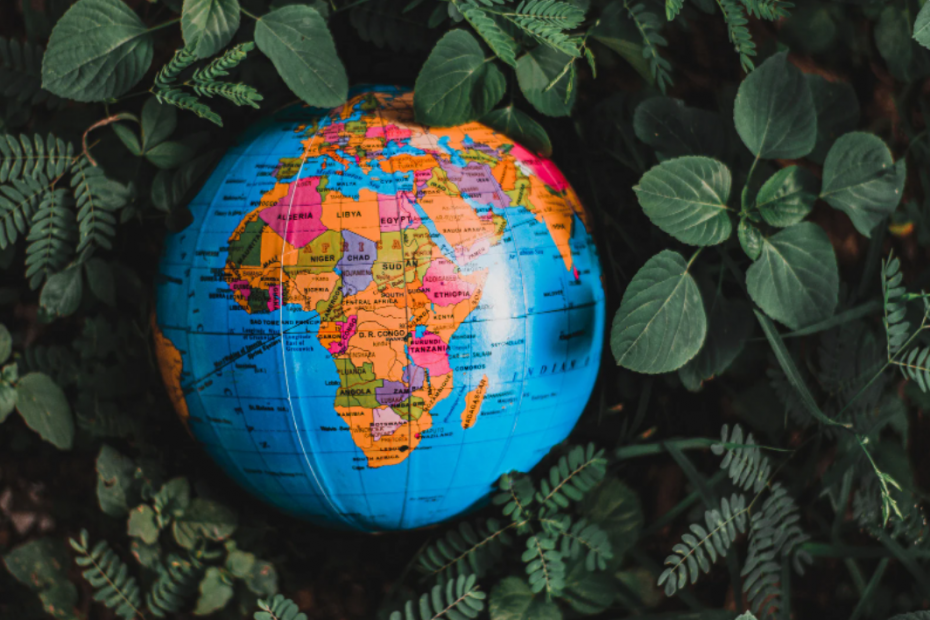 One of the great puzzles of sub-Saharan Africa is how a powerhouse of exploding Christianity (with millions of new Christians being added each year) can also be a place that struggles with poor measures of human development, conflict and corruption. Although a small number of countries—the Seychelles, Botswana, Cape Verde and Rwanda—buck the trend, the overwhelming picture is of sub-Saharan African countries languishing at the middle to lower reaches of international comparisons. Anyone hoping for easy answers is almost certainly destined for disappointment, but this short article for the Moya Chronicles aims to surface some of the key issues—including the Western colonial and missionary legacy, the role of indigenous culture, the impact of different expressions of Christianity on development, and the depth of heart transformation of Christians.

The long-lingering legacy of Western colonial rule in sub-Saharan Africa is a prime suspect in the search for an understanding of influences on current social, political and economic conditions. So much evidence points to the often brutal and extractive nature of colonialism, to the insensitive and self-serving imposition by colonial powers of national boundaries — without regard to natural people groupings — and to the arrangements and structures put in place for the exercise of authoritarian power. While we may now be many decades beyond the end of colonial rule in Africa, it has left indelible lines of brokenness that still divide society and offer a wide scope for ruling elites to maintain their dominance by playing off one group against another — disastrous for development. Even those who want to see some good in colonialism, for instance, the construction of roads and railways, hospitals and schools, and the introduction of new legal systems, must wrestle to determine what can rightly be credited to colonialists’ ‘moral balance sheet.’

Despite the positive motivation by Western missionaries to share the good news of Jesus Christ in sub-Saharan Africa, Jesus was commonly and wrongly introduced as essentially a Western figure, alien and antagonistic to the traditional cultures and religion of Africa, which were pejoratively regarded as primitive, pagan and worthless. In exchange for the perceived power and reassurance of their traditional religion, Africans were offered a Jesus in whom they lacked confidence — at least initially — until he was ‘fully at home and theirs’ in Africa. The goal of colonial and missionary agents (who were often in cahoots) was not just the transformation of African culture, but its eradication and replacement by Western societal and Christian cultures. Perhaps the most profoundly damaging thing we can inflict on other human beings is to rob them of their culture and identity; a direct attack on their human dignity, as created in the image of God. Among other factors, this denigration of indigenous culture in the early stages of Western evangelism helped to undermine the transformative power of the Gospel and to perpetuate mistrust and lack of self-confidence, both deeply harmful to effective development in sub-Saharan Africa.

The Role of Culture

A further important area to explore is whether social practices and cultural norms in sub-Saharan Africa, which traditionally emphasise family, clan and tribal loyalties, may unwittingly play a role in facilitating corruption. These norms, while seeming intrinsically neutral, may engender a favourable climate for corruption to flourish. Aspects of these cultural norms, for example, strong family and social networks, mutual support and concern, may indeed have positive elements, resonating strongly with the African notion of ‘Ubuntu’ — living in harmony with neighbours and community. However, the strong expectations of reciprocity implicit in these cultural norms may, at the same time, run counter to the teaching of selfless service, so fundamental to Christianity, and be hard to square with the impartiality required in public service. Unless Christian values and Christ-focused living in Africa — or indeed anywhere else in the world — run deep in the hearts of individuals and communities, and become more powerful than other, fundamental cultural norms, then Christianity will continue to fall short of its enormous potential to transform society for the better.

The Church and Development

Contemporary Christianity in sub-Saharan Africa takes many forms (Pentecostal, Catholic, Anglican, Baptist, African Initiated Churches, etc.) with varying approaches to community engagement and development. In this brief article, it is worth particularly noting the potential impact on development of one of the fastest-growing streams — Pentecostalism. This is a hotly debated area. Some argue that Pentecostalism’s particular emphases, for example, on victory in every aspect of life (including material prosperity), inspire business-mindedness and motivation to succeed, while pointing also to evidence that some African Pentecostal churches have made significant contributions to development as providers of healthcare and education services. Others believe though, that Pentecostalism’s focus on self-advancement, lack of personal responsibility in spiritual matters (overemphasising the influence of dark spiritual forces), discounting scientific rationality, and excessive deference to the Pastor as the ‘Man of God’, can harm development.

Questions of the Heart and Imagination

The coexistence of high Christianisation levels in sub-Saharan Africa with poor indicators of social and political conditions can lead to the simplistic conclusion that Christianity has somehow ‘failed’. It seems much more likely though that the relationship between Christianisation and social improvement is complex and multifaceted. Alongside the significant negative issues discussed in this essay, evidence also points to positive impacts of Christianity on African life; from the widespread development of schools and improved healthcare, to civic education in the slums of Nairobi, to literacy, teaching and learning in Sierra Leone, to peacebuilding in Sudan, Uganda and Burundi, to Archbishop Desmond Tutu and others’ world-renowned struggle against apartheid in South Africa, examples proliferate of inspirational efforts by individual Christians and Christian organisations to produce lasting change in African lives.

At the end of the day, if Christianity is to have its biggest positive future impact on the development of sub-Saharan Africa, we cannot escape the critical importance of heart transformation among self-identified followers of Jesus Christ. Only this can lead to altered inward and outward lives and a re-imagining of a hopeful and constructive future for this major area of the world.