Ecumenism as a Mechanism for Fulfilling Yahweh’s Mission 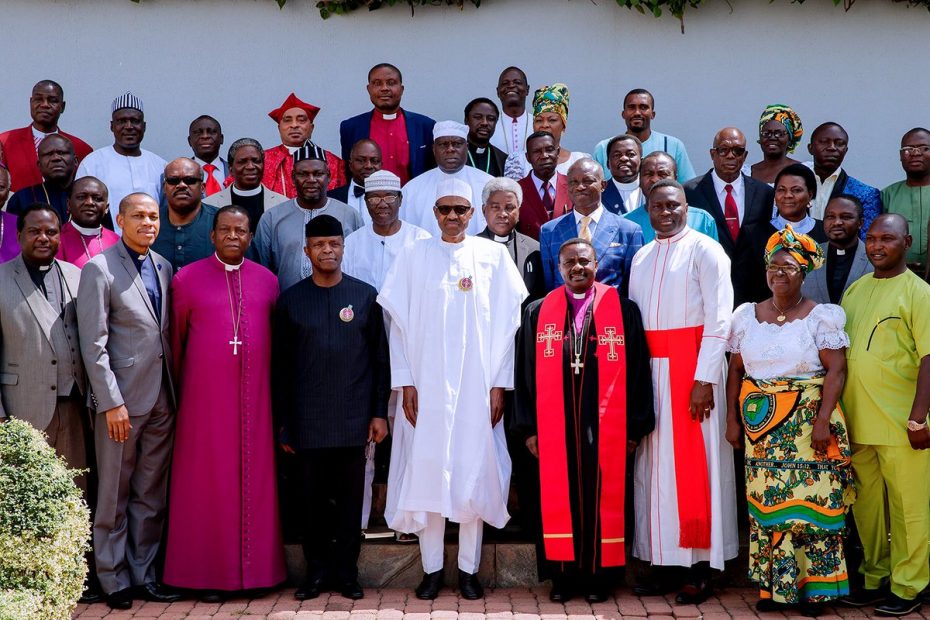 “For the earth will be filled with the knowledge of the glory of the LORD, as the waters cover the sea” (Habakkuk 2:14)

There has been a desire by several people, especially pastors and Christian scholars in different parts of the world to see to the unity of the Church through the formation of ecumenical movements. The subject of ecumenism as it has to do with the unity of the Church cannot be overemphasised. If there is any time when a more serious consideration of the subject among various denominations in Africa is needed, it is now. Many African nations are going through multifaceted challenges that range from insecurity to political and economic instability. In my years of service as an ecumenical leader in southwestern Nigeria, I have been drawn to the blessing of variety within the body of Christ. Each denomination is blessed by things that make them unique. However, as good as those things are, they also tend to be the causes of disunity among churches. Some Catholics see the Roman Catholic Church as the only true church, thus affecting their relationship with Christians of other denominations. In addition, the superiority complex exhibited by the clergy of some mainline churches who claim to have sound theological training impedes ecumenical progress in their respective contexts. Furthermore, the conservatism and intransigence on traditions and practices that are peculiar to each denomination often cause denominational prejudice and an inability of churches to come together to witness Christ to the world.

It is important that Christian denominations across Africa and around the globe set aside what divides them and emphasise what unites them with a view to forming a united Church for mission enterprise. This will help to fulfil the desire of God for the earth to be filled with the knowledge of His glory as the waters cover the sea (Habakkuk 2:14; 1 Timothy 2:4). In other words, ecumenism should be seen as a strengthening bond among all denominations in order to fulfil Yahweh’s mission. Ecumenism emphasises unity, not uniformity; It stresses unity, not unionism. The concept of ecumenism in African Christianity as exemplified by the Nigerian Church is further discussed.

The ecumenical body called Christian Association of Nigeria (CAN) began in 1976 when Christian leaders saw the need for a united approach to issues affecting the Church. Ecumenism, being Christian in context, focuses on the search for unity among Christian denominations as a response to the prayer of Jesus, “That all may be one” (John17:21). CAN is the umbrella ecumenical organisation for Catholic Secretariat of Nigeria (CSN), Christian Council of Nigeria (CCN), Christian Pentecostal Fellowship of Nigeria/Pentecostal Fellowship of Nigeria (CPFN/PFN), Organisation of African Instituted Churches (OAIC), Evangelical Church of West Africa (ECWA) and Tarayya Ekklesiyayin Kristi a Nigeria (TEKAN). These ecumenical movements under the main ecumenical body called CAN are referred to as blocs. The foundation laid by the founding fathers of the Christian faith in Nigeria by establishing CAN to unite churches is laudable. This laudable step ought to reduce tension among Christian denominations and promote unity thus aiding the fulfilment of the mission of Yahweh in Nigeria, but this is not yet so.

Ecumenism is a leveller; it brings churches together regardless of their peculiarities. In ecumenism, emphasis is placed on essentials, liberty in non-essentials and charity in all things. The essentials are embedded in the Apostles’ Creed, the non-essentials are the tradition and practices that are peculiar to each denomination; charity which Apostle Paul refers to as the most excellent way in 1 Corinthians 12:31-13 makes churches of different denominations tolerate and accommodate each other’s uniqueness without claiming superiority. When Christian denominations relate based on this understanding, they will be united to fulfil Yahweh’s mission—be it in Nigeria, Africa or in other parts of the world.

Furthermore, ecumenism should help Christians to appreciate denominationalism. Denominationalism allows each denomination to offer a different flavour of worship to fit the differing tastes and preferences of Christians. Through this, more avenues and platforms are created to witness to people of different languages, cultures, ethnicities, classes and ages. The unity of denominations makes the body of Christ interdenominational, and the Body of Christ is made up of “everyone who calls upon the name of the Lord” (Acts 2:21). The value of unity will be found in denominations if they put their physical and spiritual gifts together to promote the Kingdom of God to a lost world. Rather than fighting over which denomination is superior to the other, they should collaborate to do mission which is their common witness.

The common witness of churches irrespective of their denominational distinctives is to share the Good News of the saving grace of Christ. Ecumenical movements across Africa can become mechanisms that can be used by churches to witness Christ to the world since soul-winning is their common denominator. The common recognition of biblical authority, belief in the creeds of the ancient Church and a growing doctrinal unity should be a common ground for churches to collaborate to proclaim the Good News of Jesus Christ. Churches can merge to deploy both human and financial resources for missions.

No single Church can witness to the entire world, however, this becomes possible when churches of different denominations collaborate and synergise to share the gospel of Christ. Of course, ecumenism is not about absolute sameness in practice and tradition; it is about a recognition of the uniqueness of different Christian denominations and having a more liberal attitude to appreciate and accommodate what makes each unique. It is therefore germane for churches of various denominations to place emphasis on what unites them than what divides them. A good starting place will be the Bible and the doctrine of the Trinity both of which form the basis of mission. Churches of different denominations must build their relationship on trust, honesty, humility, acceptability and accountability for ecumenism to be a mechanism for fulfilling Yahweh’s mission whether in Nigeria or elsewhere in Africa and other parts of the world. With the diversity that exists in ecumenism, churches together can bring more glory to God than resorting to self-seeking and self-sufficiency within denominational enclosures.