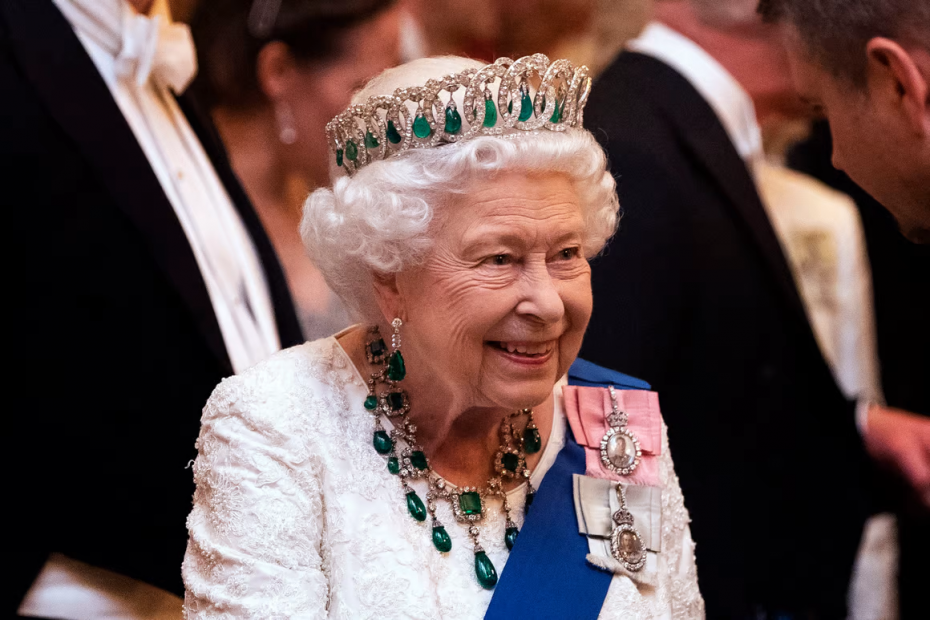 The news of Her Majesty Queen Elizabeth II’s death is still fresh since her demise at her home in Balmoral, Scotland, on 8 September 2022. Buckingham Palace had issued a statement the same day that there were concerns about the Queen’s health and that she needed to remain under medical observation. The United Kingdom eventually went into a state of grief at the announcement of her passing away. Indeed, the country’s flag flew half-mast in the few days following the Queen’s demise, some football games could not proceed, and the media continued to relay clips about the monarch’s life. She died at a ripe old age of ninety-six and was Britain’s longest-serving monarch, having reigned for seventy years.

Individuals, groups, and nations have been paying their tributes to the Queen. Understandably, she was not only the Head of State of the UK and Northern Ireland but also of other Commonwealth realms from 1952 till her death in 2022. She was arguably the most famous monarch in her days. Nonetheless, not everyone has found the Queen’s departure so touching. Among the former colonies, the monarch’s death has generated mixed reactions. While a few have joined most of the Western world to grieve the late Queen, many others—especially the black people—have expressed indifference or bitter criticisms. These individuals believe the monarch stood as a symbol of colonialism, neo-colonialism, and white supremacy. To them, the Queen should take the blame for the UK’s active participation in the transatlantic slave trade and the imbalances the West created in Africa through the awkward amalgamation of territories and mapping of the continent.

The quest for an aggressive territorial expansion of the West did not only lead to the exploitation of Africa and its people. To date, colonialism, especially in its economic forms — neo-colonialism — has continued to disadvantage Africa and Africans, putting the continent well behind others. Many white Westerners today still find it hard to imagine an African or black person as an equal. Even in missions, not a few European Christians still believe that missions should proceed from people in positions of power or privilege. The implication is that the cross-cultural missionary activities of Africans in the West are more difficult. The way forward would be for the West to jettison any white supremacy mindset, bearing in mind that all men represent God’s image (Genesis 1:26). Moreover, every culture, race, or tongue is welcome in God’s presence (Revelations 7:9).

African Christians must also not get tired of loving. They must abound in the grace of forgiveness as they engage with their Western counterparts. I am not suggesting that this has been or will be an easy practice. Indeed, Jesus’s prayer on the cross for the same people that crucified him and watched him suffer to death could not have been painless and casual. Yet, he cried, “Father, forgive them, for they do not know what they are doing” (Luke 23:34). As humans, forgiveness does not come to us readily, especially when the one that has caused the hurt fails to acknowledge it. Yet, as believers in Christ, the hurting must learn to draw grace from God for healing and take deliberate steps to show love to those who have caused them pain. This way, they affirm their identity as children of God. Jesus’s words are apt on this: “But I say to you, love your enemies and pray for those who persecute you, so that you may be children of your Father in heaven …” (Matthew 5: 44-45a).

In addition, to aid healing and allow the Church in the West to enjoy the gifts of diversity from the African Christians, the Western Church must do more to challenge the anomaly of White superiority and racial discrimination. An honest evaluation is a wise and helpful start-point. The Church must admit its complicity and constantly call out the sin of white supremacy and racism within its institution and society. However, condemning evil is not enough. The Church must also set up a system for quickly identifying and dealing with the ungodly attitude to provide a welcoming atmosphere for the other who encounters it. Of course, a sustained conversation would be helpful in this regard, where both parties listen to and learn from each other. This way, there will be greater productivity in cross-cultural missions, leading to the revitalisation and growth of the Church in the West.

As a continent, Africa must also take responsibility to rise beyond its dark experience of colonisation. It must rise and shine, for its light has come, and the glory of the Lord has risen upon it (Isaiah 60:1). Indeed, Africa, Asia, and Latin America have become the heartland of the Christian faith. It is only fitting that Africa permits Christ to transform its territory truly and wholly — including in politics, economy, education, society, and others. Africa cannot continue to blame its colonisers alone for its sustained disadvantaged position, however significant their contributions were and are. The continent must take responsibility for its growth if it will ever command the global attention and respect it desires. It is only then that sustaining the White supremacy mindset, attitude, and practice will be difficult. Relegating Africa to the bottom of an unnecessary, awkward racial classification system will also no longer make sense. Instead, everyone will affirm the other’s humanness regardless of class, colour, or race, just as the Ubuntu philosophy suggests: “I am because we are.”

The implication of the above is that Christianity will become World Christianity indeed. Yes, every race will have the respect, patience, and humility to share and learn about God’s revelation to each group without prejudice against the other’s theology. In other words, the often-dismissed contributions of non-Western Christians to the global Church because of their inconsistency with Western modes of theologising will receive attention and validation. The Western Church will remember that “we were all baptised by one Spirit so as to form one body—whether Jews or Gentiles, slave or free—and we were all given the one Spirit to drink” (1 Corinthians 12:13). In essence, collaboration for missions and cross-cultural ministry will happen more effortlessly.