A Cow That Has No Tail: An African Theological Reflection on African Christianity 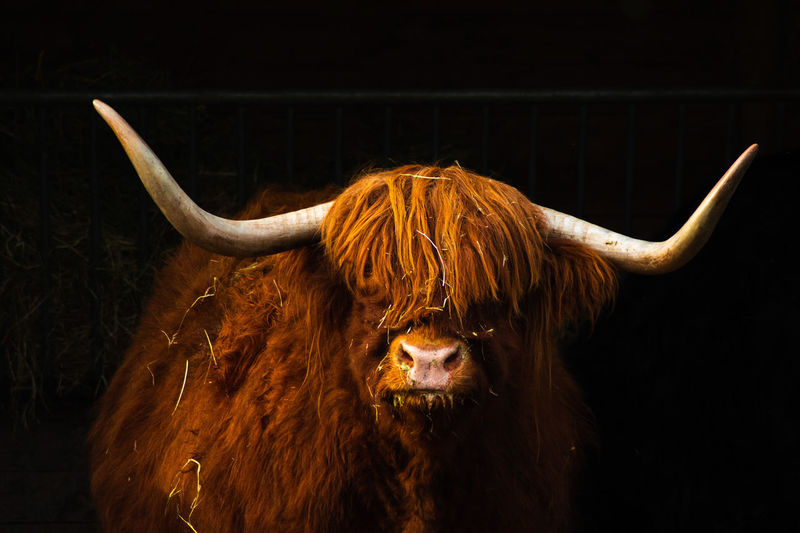 With about 700 million Christians on the continent today, Christianity is booming in Africa and its diaspora; this is a widely acknowledged fact. Not only has this happened earlier than predicted, but it has happened on a scale not yet seen in all of Church history. Nevertheless, critics quickly qualify the unprecedented growth as ‘a mile wide but an inch deep.’ To justify this claim, they readily point to the ongoing challenges facing the continent of Africa—poverty, corruption, disregard for climate justice, human rights and human life, to mention but a few. The assumption is that where Christianity is truly gaining ground, there should be radical transformation in all areas. However, as Christianity grows, these maladies seem to multiply even more in Africa! For example, the 2021 Corruption Perceptions Index published that sub-Saharan Africa—where African Christianity is most prominent—is also the most corrupt region in the world. In light of this seeming contradiction, is it truly justifiable to describe African Christianity as ‘a mile wide but only an inch deep’? This theological reflection begs to differ.

When African realities are assessed by Western models, the result can neither be unbiased nor tell the full story. To say that African Christianity is a mile wide and an inch deep is to hastily label an evolving story as though it is a concluded reality. It is what Nigerian novelist, Chimamanda Ngozi Adichie, describes in her 2009 TED Talk as ‘The Danger of a Single Story’ (a narrative based on a limited, or worse, biased view as popularised in the media). As an African Christian reflecting on this hasty generalisation, my inclination is to employ an African metaphor—a proverb—to describe the emerging story of African Christianity. The Yorubas of southwestern Nigeria have a saying, “Màlúù tí ò nírù, Ọlọ́run ní ḿbá a léṣinṣin,” meaning, “A cow that has no tail can count on God to help it chase flies away.” The proverb brings to mind a helpless situation (a cow with no tail) and a hopeful disposition (counting on God to offer help in a vulnerable position). Reflecting theologically on this hope-inspiring African proverb as a metaphor for the current state of African Christianity, here are some thoughts:

In the same way that the cow with no tail did not make itself, African Christianity did not call itself into being. Behind its over 2000 years of history and ongoing developments in the continent and its diaspora is the sovereign God, the chief agent in missio Dei. The Bible bears witness to the sovereignty and superintendence of God upon every detail of life; he has the right and power to cause to be whatever he has purposed to be. Hence, Isaiah affirms that God is in the business of “declaring the outcome from the beginning and from ancient times things not yet done, saying, “My purpose shall stand, and I will fulfill my intention”” (Isaiah 46:10 NRSV). And Job, at the end of his encounter with God, submits, “I know that you can do all things and that no purpose of yours can be thwarted” (Job 42:2 NRSV). Therefore, it is appropriate to attribute the miraculous growth of Christianity in Africa in the last century to God. He made this cow.

2. African Christianity is not perfect.

The proverb we are working with categorically stipulates that this metaphorical cow has no tail. In other words, in God’s providence, he has ordained that the African expression of the Christian faith and its communication of the good news of Jesus Christ will be imperfect and incomplete. This cow will always lack a tail! As such, whichever African tools will be employed in understanding, translating, and communicating the truth of God as revealed from the scriptures and incarnated among African lives, will be utilised imperfectly and incompletely. Indeed, this lack—this incompleteness—in African Christianity is not unique to it. No expression of the Christian faith within an individual or among a specific people group is perfect and complete. God has ordained that the Body of Christ will not be the exclusive preserve of any singular people group. Instead, it will be “joined and knit together by what every joint supplies, according to the effective working by which every part does its share,” resulting in the “growth of the body for the edifying of itself in love” (Ephesians 4:16 NKJV). Indeed, a cow with no tail ordinarily lacks the functionalities that a tail would have afforded the cow—and these go beyond chasing flies away; the tail also assists cows with balance when standing and also acts as a form of communication with other cows in a herd. How apt! Some would indeed argue that there has been a lack of balance in the varying African understandings of different doctrines (e.g., Christology) and a communication gap ecumenically and in written theology. While these are real weaknesses with which African Christianity will need to grapple—not forgetting the flies of corruption, socio-political instability, and the like, which need to be driven away, they do not undermine the fact that African Christianity also has precious resources to supply via its joint in the Body of Christ.

3. Where God is at work, there is always hope.

In returning to the proverb we started with, its unspoken assumption is that the God who made the cow is also capable of protecting the cow despite its missing part. Again, the key agent in this anticipation of help in the face of evident helplessness is the triune God, and how this needed help gets rendered to the tailless cow can be myriad. One of the ways God has ordained for this help to be supplied, as hinted in the previous point, is through an authentic engagement with other expressions of Christianity from around the world. This faithful interaction will result in a symbiotic relationship that will yield mutual benefits and an enrichment of world Christianity at large. Africa, after all, is not alone in her lack. As Africa struggles with its maladies, other parts of the world are also not exempt from theirs. In the meantime, one thing is certain; the unfolding story of African Christianity is one of a light that keeps shining in the darkness. One could say of African Christianity what John said of The Eternal Word, “The light shines in the darkness, and the darkness did not overcome it” (John 1:5 NRSV). The reality of a kingdom where the subjects’ faith translates into absolute peace and prosperity is eschatological. The return of Christ will usher it in. From the days of the early church until now, Christians have always had to engage with an anti-Christian world.

Writing to his spiritual son, Timothy, in what is traditionally Apostle Paul’s last letter, he warns that “in the last days distressing times will come” (2 Timothy 3:1 NRSV). In other words, we should not be too alarmed to witness extreme ungodliness and Christianity within the same space. If anything, the list of attributes Paul highlights in that chapter to characterise the last days (in which we live) suggests that the church age on the earth will not progress to greater godliness prior to Christ’s return. However, while we await that reappearance, we pray that God may raise (more) African Christians that will self-identify as Christ’s ambassadors and as Africans (resident aliens, as Katongole, calls them). These individuals will understand God’s heartbeat for the people of the continent and disciple the next generation, who will disciple the generation after—both on the continent and in its diaspora. And may the missional potential of African Christianity be maximally unleashed and the impact felt all around the globe. Amen.